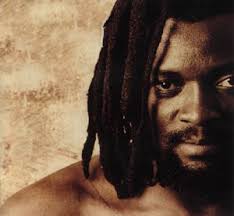 First thing this morning Clifford Charles dropped into the B&B and we went for a walk over the rocks. He told me that the South African reggae star Lucky Dube had been killed outside his home in Johannesburg. This seems particularly sad news given that one of the Dube clan, Hlengiwe Dube, was playing such an important role in the gathering. The struggle is certainly not over in South Africa.

I bumped into Ma Kushu. In conversation, she introduced the phrase, Kudamba Ezingelayo, or ‘to catch something, you need to hunt’. This seemed a key message for the day.

The talking proper began at Uncle Tom’s Centre, Soweto. The group of 20 core participants started their introductions when we were joined by another 20 unanticipated arrivals from the township of Katlerin. This was awkward at first, but their presence in the end did help open the discussion. Though mostly young and in the performing arts, they did bring enthusiasm and hope.

Clifford began by provoking the panel with the ‘artist as tourist bus driver.’ Sharlene Khan made a statement about lack of change in South Africa. Khwesi Gule repeated the story of the lucky turkey that he used in Santiago. Bandile the poet argued that we have to bring the meaning of our culture home, rather than making something for the eyes of the tourist. Thembinkosi talked about the power of art to provide hope and used the example of how he had been fascinated with the power of flight which he expressed by drawing acts of flying — that creativity can be an act of empowerment.

Khwesi then talked about the divide between art and craft and the different values attached to each. He said this was due to structural factors that we can’t control. Thembi objected that we can control those factors. We can make spaces for craft. It is important to move away from the trap of being victim. He explained that South Africans don’t have psychoanalysis, so they need art to work things out.

After some more discussion, the veteran Charlicks bellowed ‘I’m confused’. He said that art was ‘an ordinary thing’ and there was too much academic talk in the determination of what’s of value. ‘It’s the song of they day. We should sing it!’ Sara Thorn said there was a stronger sense of community here than in Melbourne. Sharlene argued that there was a market for art among black people, not just rich whites. Thembi recommended that we start small, use the power of ubuntu to start building an audience. He ended with the advice that we ‘find the possible in the impossible’.

The discussion as a whole as quite fluid and helped introduce ourselves to each other. Lunch was Mogodu (stomach) and we were given a performance by the students of Katlerin which included dance and recital. Afterwards, someone brought out a guitar and a number gathered around for some songs. The Claudio Torres strummed some powerful Chilean role. Bule responded with a lyrical lusophone song.

The afternoon workshops then followed. I elected the workshop on global and local by Khwesi Gule. The number kept growing and by the time we had finished out introductions it was almost time for it to be over. While we didn’t get around to defining the issues, we did at least get to know each other.

In the evening, a core core group went to Kliptown for the discussion with Khwesi and Maree. But there was a sense that there had been enough talk already and the formal session was abandoned.

The hunting started with great verve, but dissipated as the day went on. There’s a strong sense of shared humanity, but without structure it is difficult to build anything more solid.