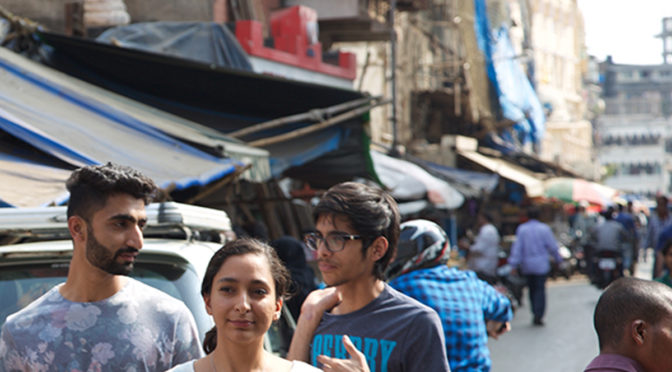 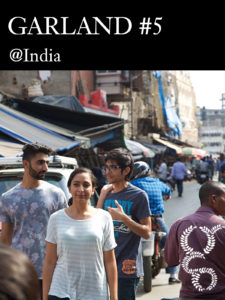 “Durvásas  was wandering over the earth, when he beheld, in the hands of a nymph of air, a garland of flowers culled from the trees of heaven, the fragrant odour of which spread throughout the forest, and enraptured all who dwelt beneath its shade.”

As the story goes, Durvásas gave this garland to Indra, who placed it on the head of his elephant, Aiávata, which took it by the trunk and cast it on the earth.  Incensed at this disrespect, Durvásas cursed the deities and the earth they inhabited, leading to the withering of life.

The ancient story of Samudra manthan can be found in most of the Hindu scriptures, like a tale of original sin. It helps us understand the importance of the garland as a “dwelling of Fortune” (S’rí or Lakshmi). This myth is one of many that are woven into a platform on which cultures survive over millennia.

In a fast world, we have reason for concern that such classic stories get washed away in the daily torrent of information. Susan Sontag quotes the Latin phrase, Habent sua fata fabulae (“Tales have their own fate”): stories are continually disseminated, transcribed, misremembered and translated. Accordingly, this issue of Garland is based on the concept of “narrative materialism”. We face the challenge of housing our stories in objects, parallel to the architectural challenge of accommodating our bodies.

Where do stories live? We might think of them as scripts that we keep in our heads. But clearly they have a life beyond the vagaries of our memory, not to mention a life that exceeds our own. Since the Gutenberg revolution, we have taken to housing stories in bound paper, which in turn reside in libraries. But with ebooks, these objects are no longer necessary to store tales. There are also many stories that are not found in books, such as personal memories. We attach these to an object that witnessed the event, such as a keepsake. A key value for most of the handmade objects we treasure is the story they tell—who made it, where we found it, who gave it to us or the story it depicts.

India has a remarkable tradition of objects designed specifically to tell stories. These objects follow the form of a book, with hinged elements that open to reveal the narrative over time. As Ishan Khosla writes, the kaavad is a cabinet that unfolds the story though a series of doors. The patachitra has flaps that reveal the action. And patua scrolls unfurl scenes to accompany a song.

As Sunaina Suneja writes, there are still patua artisans active in India today. And projects like Medhavi Gandhi’s Handmade Tales seek to passed their traditions onto the next generation. But there’s also a new form of storytelling. India has seen particularly innovative platforms emerge for selling craft online. This is not just the sophistical algorithm and coding, but also the meaning that the website can convey. Like the unfolding of the traditional objects, the story of a product is told as the consumer clicks through the layers of information, often leading to details of the maker themselves.

India stories travel far across the ocean. Our Garland quarterly essay contains the inspiring story of a partnership between Australian ceramicist Sandra Bowkett and the Indian potter Banay Singh and his village. What drives a potter from a comfortable life in central Victoria to spend time in a potters’ colony in Delhi? A key part of the story is the intimate involvement of clay in traditional lifestyles, from the mutka water vessel to the chai cup.

Thanks to a partnership with Artisans Gallery, this issue has a particular focus on Mumbai as part of the broader western India region. To continue our Persian interest, Priyanka Kochar discovers the rare craft of Mumbai’s Parsis. Expert guide to India, Fiona Caulfield, shares with us her favourite sources of craft and lifestyle in Mumbai. And Australian designer Trent Jansen writes of his confrontation with the phenomenon of jugaad in the legendary “slum” of Dharavi.

There are two wonderful stories related to our friends art Art Ichol. Tanya Dutt tells a heartening story of a quest to find the spirit of Gandhi in today’s India. And Clare Kennedy shares with us her findings about the contemporary life of the brick.

Textiles prove to be a particularly rich source of stories. We consider craft classics, such as the kediyun (LOkesh Ghai), muslin (Gopika Nath), the sari (Malika Kashyap) and the dhurry rug (Liz Williamson). Ansie van der Velt joins us again to tells the story of Barbara Mullin, one of many Australians who has made Gujarati textiles a lifelong vocation.

We also go a little further west with some remarkable articles from Pakistan. Sahr Bashir tells us about the stunning new jewellery art coming from her country. And two architect designers tell us their thinking about dysfunctionality.

This issue coincides with a major glass event in the Asia Pacific, Ausglass 2017. We include beautiful works by Holly Grace that reveal a subtle use of photography in glass. And Mark Eliot backgrounds his use of glass to tell stories through animation.

We wrap this issue up with three important articles. The much respected Indrasen Vencatachellum tells us about his exciting new festival of natural dyes in Madagascar. While in Africa, we hear the stories of artisans who make Bolga baskets in Ghana. And finally, Anna Varendorff is a new voice who challenges the concept of craft today.

We like to think that Garland too is a suitable home for the stories that objects tell. We are fortunate in this issue to have some captivating tales of Indian crafts. We hope you take delight in this garland, but please keep it from disrespectful white elephants. 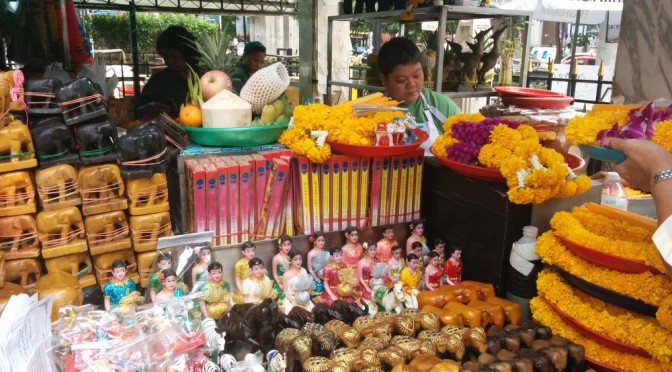 With a wonderful team of writers and makers, I am embarking on a new venture which I hope will be of benefit to those who produce and enjoy beautiful craft.

Garland is a platform for thoughtful writing about objects that reflect tradition, skill, creativity and place. By subscribing now, you can help build a rich resource of narrative, history and analysis that reveals what we make of our world. Learn more here: http://pozi.be/garland 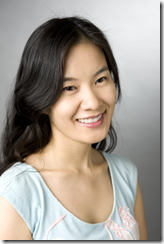 Hyo-Jung Lim is a Korean metalsmith who trained at Middlesex University and Royal College in the UK, before completing her PhD in Han Yang University, Seoul, Korea.

Her focus is tableware design and she is engaged by the food culture of her home country. In response to the challenges of fast-food, she designs elegant garlands to adorn our meals. This manages to sustain an element of ritual in an otherwise homogenous lifestyle.

Her work reminds us that garlands are not only for people, but they are also an important way in which we mark a special occasion by adorning the things around us. 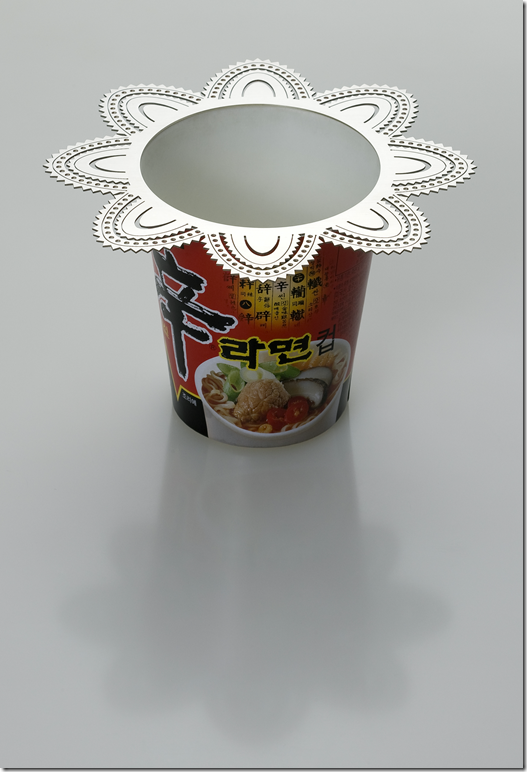 Hyo-Jung Lim is one of the artists in the exhibition Welcome Signs.

The World Craft Council are hosting a conference in New Delhi, 4-6 February 2011. The event is titled Abhushan: Tradition & Design – Dialogues for the 21st Century. A key element in this event is a series of exhibitions surveying jewellery from different world regions.

For the Asia Pacific region, works will be gathered that respond to the theme of welcome, using the garland as a reference. These garlands are typically given to honoured guests and are either made of flowers or have a floral design.

At a time when there are tensions regarding global migration flows, it seems important that we sustain traditions of welcome. But given limited access to flowers, are there alternative materials that can be used? Also, can these otherwise ephemeral works be transformed into longer-lasting objects, such as jewellery, that can testify to bonds of friendship.

The Asia Pacific region has a rich set of traditions that bestow a garland or neck-wreath. These include:

The exhibition Welcome Signs: contemporary interpretations of traditional garlands will contain works that draw from such traditions for use today. At early this stage, expressions of interest are welcome. Please send them by 30 June 2010 to welcome@craftunbound.net.