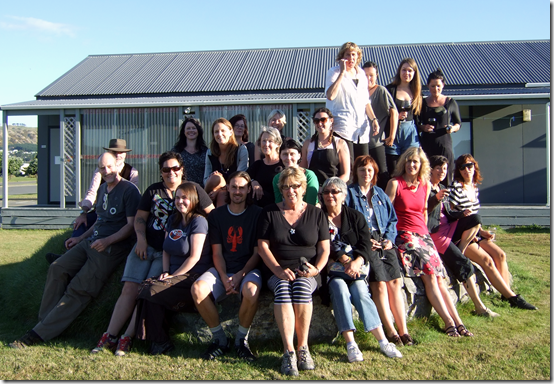 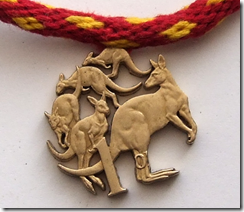 Call for Expressions of Interest

How do we make luck where it is needed today?

Southern Charms is an exhibition of ‘power jewellery’ that demonstrates the relevance of objects to hopes and fears. It includes work designed by jewellers, designers and artists from Australia, New Zealand, Chile and Bolivia.

The exhibition will open at RMIT Gallery in February 2012. You are invited to submit an EOI, due by 4 December 2010. Please download the EOI details from here (or Spanish version). For more information about the project, visit www.craftunbound.net/projects/southern-charms.

Announcing a project to reveal new developments in ‘power jewellery’ that bring together craft cultures across the Pacific ocean. ‘Power jewellery’ claims to not only to be an object of beauty, but also to have an effect on its wearer. Most commonly, it protects the wearer against ill fortune. While traditionally this has been associated with superstitions, such as the evil eye, in this case the ‘power’ is understood as the strength that is sustained through social relations, such as friendship, solidarity or hospitality. The project is to explore ways of re-casting traditional forms of the charm for a modern secular world.

The net is cast across the Pacific, including Anglo cultures in Australasia, Aboriginal indigenous jewellery, Pacific islander ornament and charms from the Andean cultures on the Pacific’s eastern edge.

As well as providing new tools for social support, the Southern Charms project also aims to foster new conversations and networks across the Pacific. You can find out more at www.craftunbound.net/projects/southern-charms.

For expressions of interest, please contact Kevin Murray by email at charm(at)craftunbound.net. At this stage, examples of work are most welcome. Please note, the works will include charms that are designed to be used by others, rather than purely personal reflections on culture. An important question to consider is how their power be released into the world. The exhibition is planned to open in 2012.

Subscribe to Craft Unbound updates to be notified of future posts on the charmed theme.