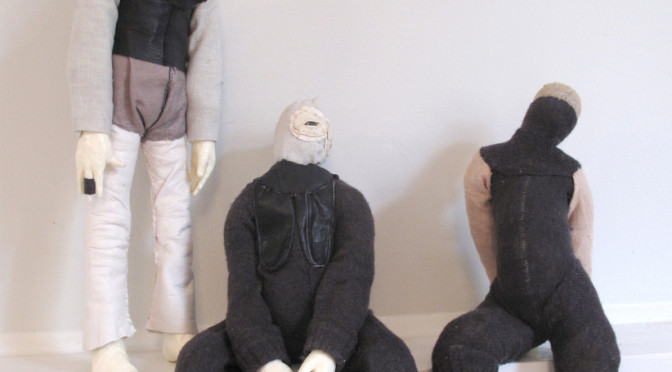 Unmaking Waste 2015 is a conference in Adelaide that seeks to engage dialogue and share ideas, perspectives and possibilities for shaping a physically and socially sustainable planet. The main conference will take place over two and a half days and involve speakers from a broad range of academic and industrial disciplines who work across research and practice-led investigations into the physical and symbolic nature of material flows. For students interested in exploring more about social and cultural sustainability in design practice, we are presenting a set of pre-conference workshops plus a master-class on the day preceding the conference.

Abstracts for the conference are due 17 October 2014.

Roseanne Bartley is presenting a series of three Seeding the Cloud workshops.

Join the artist jeweller Roseanne Bartley as she threads her way in and around the streets and parklands of Melbourne CBD. Over a two-hour process led experience, Roseanne will share the ‘how to’ behind her roving work Seeding the Cloud: A Walking Work in Process. Take part in jewellery based process that addresses the mass of residual plastic within the environment and contribute to the creation of a collectively inspired Civic Necklace.

Come prepared with sensible walking shoes and a weatherproof coat.

Hlengiwe Dube is a craftswoman and manager of the African Art Centre. In 2000, she was awarded the Woman of the Year award by the Department of Arts and Culture. As well as her own work, she has played a critical role in developing crafters in the area, particularly in beaded products. Dube has travelled widely to promote Zulu crafts, including participation in the South Project and the Common Goods exhibition by Craft Victoria. She has recently written Zulu Beadwork: Talk with Beads (Africa Direct).

Remarkably, Hlengiwe manages to sustain both her own work as a skilled crafter with a vocation for promoting Zulu crafts as a whole. She has a firm belief in self-reliance through craftwork and the richness of Zulu tradition. These combine in her recent products for beaded cell phone pouches and handbags ornamented with tin top buttons.

Craft is the third largest employer in the South African economy. For most poor people, is the only means by which they can advance themselves. With Hlengiwe’s recent work we see the great potential for product development in South African craft.

This is her statement about the work that she has made for The World of Small Things.

I am very aware of the “Keep environment Clean “campaign and as a South African citizen, I am very perturbed at the amount of litter that is strewn about on the streets, the verges and the beaches. I had noticed that a lot of this litter comprised of cool drink cans.

The government seems to have “won the war” on the plastic bag saga, but tin cans still contributes to a huge percentage of litter strewn about. I feel this matter needs serious attention.

I then came up with the idea of making bags using tin top buttons and earrings using bottle tops. I source my supply from the local dump, roadside bins and even have neighbours and street children collect them for me. I wash and sterilize them, and then they are ready to be weaved together and transformed into bags.

I weave the buttons using cotton and beads. I give the entire tin to the other artist who makes caps and belts.

I enjoy weaving with recycle material and I also do lot of weaving with recycled telephone wire strings. I believe that weaving is the way of communicating with other people, in our culture women used to visit each other and bring their mats to weave and share ideas of how to take care of their families. For me weaving is to share my feeling through it, communicate with people through my weaving. I like to incorporate it with beads, because when I first fell in love with beads I was only 12 years old, since then I have been working with beads non stop and creating new ideas.

I always enjoy sharing my experience with other people to create jobs so that they can earn a living, because I believe that as long as you have two functional hands you will never starve.