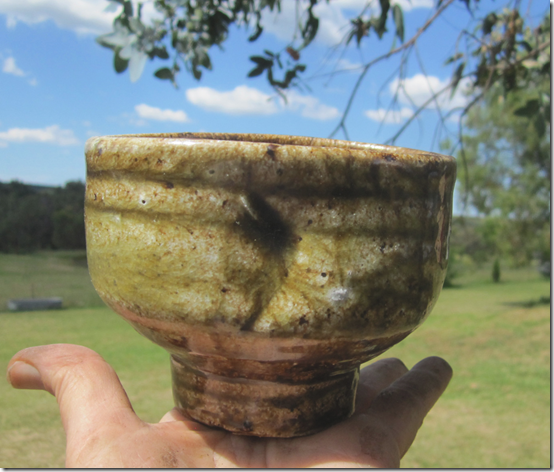 The irrepressible Vipoo Srivilasa has organised an auction to support the Premier’s Disaster Relief Appeal to assist victims of the flooding in Queensland.

According to Vipoo, "After watching the terrible footage on the news about the Queensland flooding, I was so moved I felt like I had to do something, so I went straight to the Appeal web-site to make a donation. However, I didn’t feel like I had done enough, but being an artist I can only afford so much by way of a monetary sum, but then I realised I could donate my artwork instead! Then I thought of an art auction to make the donation a bit bigger.”

The auction will happen online at ebay.com.au from Friday 4th to Sunday 6th
February, 2011. You can preview the work by following the link at Vipoo’s web-site: www.vipoo.com. To be notified when the auction is online please email vipoo@hotmail.com with the word ‘Auction’ as a subject. For an interview, further images, or to arrange a photo-call please contact Vipoo Srivilasa on 0425-710-149. Starting bids are at the discretion of the donor artist and will range from Aust. $20 upwards. Please note: freight/insurance and any additional fees are to be paid by the successful bidder and arranged with the respective artist. 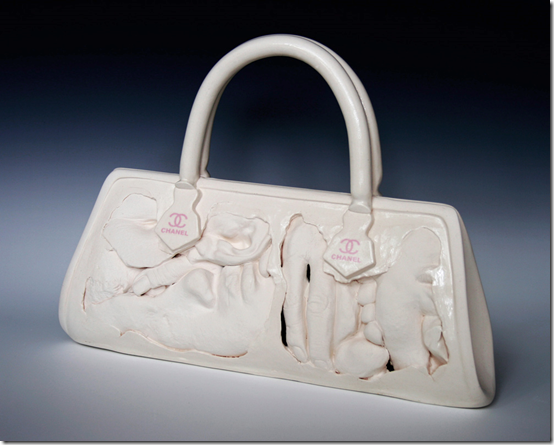 Cheryl Adam is a recycle artist from Melbourne associated with the Philippine organisation Peace Women Partners (PWP). In her previous work, Cheryl collaborated with the Moro women from the Philippines’ Muslim population. For The World of Small Things, she is working in collaboration with a group of extremely poor homeless population from Manila, known as the ‘bat people’.

Plastic bags are a disheartening feature of impoverished landscapes. During a visit to Kenya in 2000, Cheryl was struck by the ubiquity of plastic bags, left hanging from trees after a recent drought. At the same time, he noted how these bags had replaced the grass baskets that used to be woven by local women. From this experience she determined to find a way that this problem could be addressed through a revival of craft skills.

Her involvement in the Philippines began with the visit to Australia by Merci L. Angeles for a feminist conference, which introduced the issue of ‘comfort women’ known as Malaya Lolas (meaning grandmothers in Filipino). Merci formed Peace Women Partners in 2005 and invited Cheryl to conduct workshops knitting shopping bags into boutique accessories. Working with the comfort women alerted Cheryl to the perils of rich-poor collaboration. These women were beginning to feel exploited by all the well-meaning art works organised by foreign artists in their name. From this experience, Cheryl has learned not to presume the interests of those she is working with. In 2006, she was invited by Moro women in Mindanao State University led by Elin Guro to a Women’s Solidarity Forum co-sponsored by the PWP. She ended up conducting successful workshops with Moro women.

After Cheryl’s departure from the Philippines, Filipino craftswoman Nanay Pida Nalundasan continued producing and teaching the craft for PWP, extending the idea into crocheting plastic flower broaches. The bags and flowers that were produced by Nanay Pida and her grandmother’s students were sold internationally. They became an important component of PWP campaigns, such as the commemoration of Hiroshima.

Sadly Nana Piday died, but PWP continues developing crafts among urban poor women of Metro Manila, namely the ‘bat people’. The houses of these families were demolished in an attempt to re-locate them to regions further out. The extremely long commuting times made it impossible for these families to continue their jobs, so they chose to camp under bridges, where they supplement their low wages with scavenging. A leader of the ‘bat people’, Liza Hermosada, made the flowers to draw attention to the plight of poor women in the Philippines.

What better way to show that beautiful objects can metamorphose from the ugly, disregarded and disposable, than though the creation of functional crafts from trash. In a way, the poor people in our country are treated as such. The beautiful useful crafts created out of trash by Ms Adam and the urban poor women can give people a new way of looking at things and at life.

The flowers on display in World of Small Things have been made by the bat women especially for this exhibition. The reticule was made by Cheryl in honour of Nanay Pida. Cheryl has been invited back to Manila in September 2009 where she will take workshops with the bat women.

Plastic is a low status material associated with waste and pollution. With campaigns to reduce plastic bags in supermarkets, we generally like to see less of them. But can the persistence, labour and solidarity of Manila’s bat people give dignity to this material, so that we would be proud to adorn our lives with it?