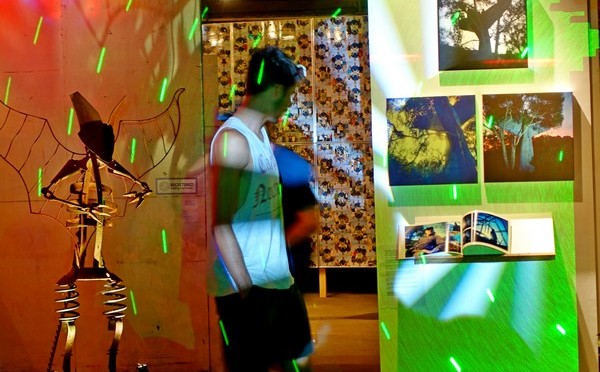 Sangam – the Australia India Design Platform was launched in Melbourne on 21 July.

During the day, RMIT Industrial Design hosted the Ethical Design Laboratory’s workshop into ethical labelling. Experts from around Australia met to develop a set of standards for creative collaborations. Representatives from law and design, alongside leading practitioners, considered best practice for labelling of transnational cultural products. These protocols contribute to the development of a Code of Practice for Creative Collaborations, supported by UNESCO. The results from Melbourne will be published on the website for discussion next month and then presented in Delhi at the mirror event on 21-22 October this year.

In the evening, a panel considered what it means for an Australian designer to work in India today. The coordinator Kevin Murray opened the session with a reflection on the strength of Australian designers, coming from country whose experience of reconciliation grants a sensitivity to cultural difference. This included included video messages from four designers in India. The panel was led by Moe Chiba, the section head of culture for UNESCO New Delhi, who highlighted the role of designers in sustaining India’s cultural heritage, particularly in the crafts. Local textile designer Sara Thorn defied received wisdom about authenticity and argued for the virtue of artisans working with machines in India. Architect Chris Godsell reflected on his experience in building sports stadiums for the Delhi Commonwealth Games in 2010. While providing a cautionary tale about potential pitfalls, he spoke positively about the energy and capacity of Indian partners. Finally, Soumitri Varadarajan talked about the impact that design can have in India, focusing on the issue of maternal health. Afterwards, the panel was hosted at a network dinner at the City of Melbourne, including leading figures from the Indian community and government. (A recording of the forum is available here).

Overall, the evening generated a positive reflection on the opportunities for Australian designers working in India. But at the same time, there were some important questions posed that will remain challenges for the project:

From the Australian perspective, India has much to offer in terms of rich decorative traditions and expanding market. But what then from an Indian perspective might Australia have to offer in exchange? The answer for this question will unfold at the mirror forum in Delhi later this year.

In terms of developing standards for collaboration, there is much interest in focusing previous discussions towards a set of principles that can build confidence in product development partnerships between designers and craftspersons. The next challenge is to link those standards to the market, so that they can have direct economic benefits for those involved. This a matter for future workshops that will explore models of consumer engagement, particularly with social networks.

The journey began with a buoyant march, but steep mountains loom ahead. To follow, go to www.sangamproject.net and subscribe to email updates.

You are invited to a discussion about Australia-India partnerships in craft and design. 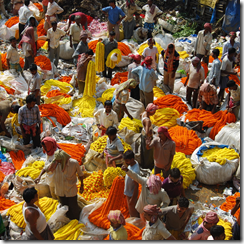 This is a State of Design event presented by Sangam – the Australia India Design Platform, a program of the Ethical Design Laboratory at RMIT Centre for Design, in partnership with Australia India Institute, Australia Council, City of Melbourne, Asialink and Craft Victoria.

India is both one of the world’s leading economies and a treasury of cultural traditions. While in the past, many craftspeople and artists have travelled to India for creative inspiration, today new partnerships are emerging in design. Architects, fashion designers and industrial designers are finding new opportunities in the demand for skills both inside and outside India. In particular, India has an enormous capacity of craft skill that is lacking in the West. As India gears up for increased export activity, how will the ‘Made in India’ brand compare to ‘Made in China’? What are ways of local designers to add ethical value to their products through partnership with India? How can cultural differences between Australia and India be negotiated to enable productive partnerships?

Design can play an important role in building partnerships in our region. Globalisation is now extending beyond the large-scale factories of southern China to include smaller village workshops in south Asia. This offers many opportunities for designers to create product that carries symbolic meaning. But to design product that is made in villages requires an understanding of their needs and concerns.

This event is about design practice that moves between Australia and India. It is looking at how the stories of production can travel across the supply chain from village to urban boutique.

This seminar is part of Sangam – the Australia India Design Platform, a series of forums and workshops over three years in Australia and India with the aim of creating a shared understanding for creative partnerships in product development.

Sangam – the Australia India Design Platform, is managed by the Ethical Design Laboratory, a research area of RMIT Centre for Design, including researchers from Australian Catholic University, University of Melbourne and University of New South Wales. It is supported by the Australia Council as a strategic initiative of the Visual Arts Board and the Australia India Institute. Partners in Australia include Australian Craft & Design Centres including Craft Australia, Arts Law and National Association of the Visual Arts. Partners in India include Craft Revival Trust, National Institute for Design, the National Institute of Fashion Technology and Jindal Global University. This platform is associated with the World Craft Council and the ICOGRADA through Indigo, the indigenous design network.