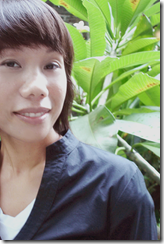 Winita Kongpradit began her art education in Japan and then completed her graduate and post-graduate studies at the College of Fine Art, University of NSW, Australia. Since then she has been working as a jewellery designer in Thailand.

Her phuang malai transforms a floral garland into a contemporary wreath, decorated with a wash of images. The work evokes the stream of images that constitute identity in social networks like Facebook. While on the one hand it can be seen as a celebration of desire and friendship, on the other it seems to reflect an indiscriminate sea of images with which we are now awash. 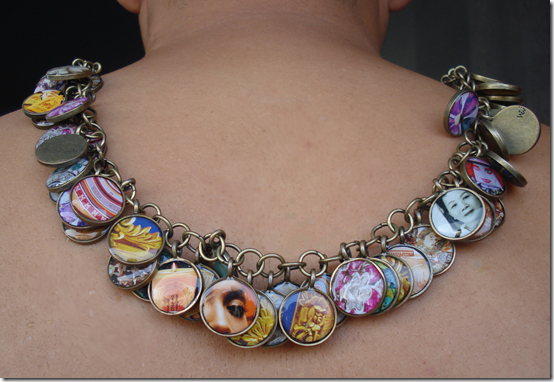 Jewellery are the most efficient way to accomplish my art work, which is considered a combination of media, drawing and writing. My cultural background is usually reflected through the work. Inspiration came from things happen around me. Images which occur in my works are linked to experiences of the traditional Asian based content of my heritage and the influence of the technology in today’s life.

The world we live is now changing so fast that we miss a lot of things significantly without realizing. This piece is trying to capture my personal memory. It comes out of the need for proof of existence, and proof of identity. They are images of my existing from the past, and represent my desire to create the impossible because these images had now physically disappeared. Each one has an individual narrative story as an outlet self – expression. Objects which I made have came straight out from my memory. They are bounded around the same way as the Thai traditional “Phuang Malai” has been made.

These objects contradicted their survival in today’s world. The continued use of different images represents my sometimes unapproachable memory. It is an illusion of something that is full of happiness, at the same time empty, containing nothing but sadness.

Winita Kongpradit is a participant in the exhibition Welcome Signs.