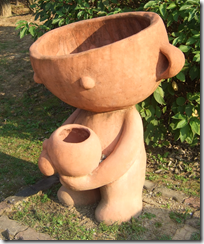 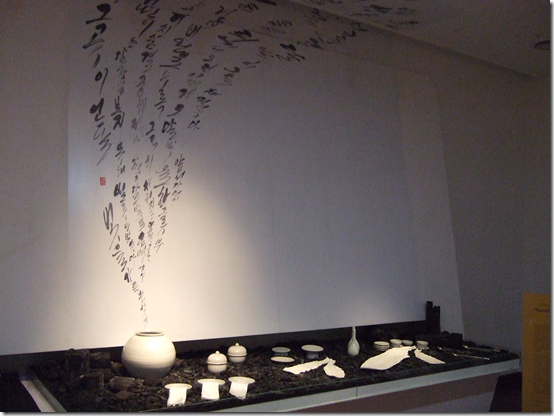 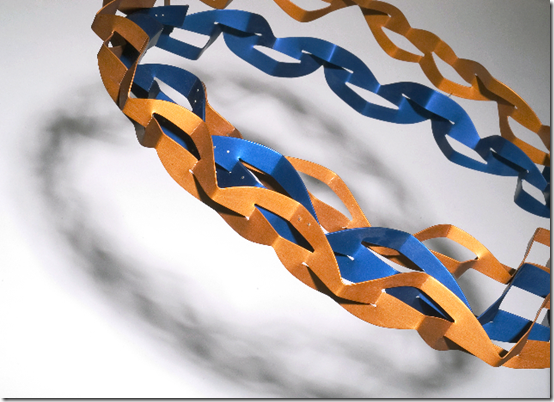 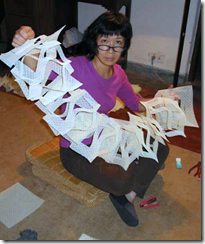 I have always been fascinated by ceremonial displays of decorations handcrafted as though by magic. In my childhood, growing up in suburban Tokyo in the 1960s, I could still witness with excitement seasonal festivities with traditional decorations made from perishable materials like paper, straw, bamboo and other fresh plants. Over the years I have recognized that the aesthetic that I have been seeking through my art was actually rooted in these ephemeral creations.

In recent years, I have travelled to various regions in Asia and the Pacific including Tonga, Bali, China, Burma, Thailand, Vietnam, and India. There, I have encountered many ephemeral decorations made by locals for religious and seasonal occasions. I found a strong similarity to my own designs in those often modest, but meticulously crafted, ornaments. It is great to know that the skills to make these kinds of decorations have been passed from generation to generation and still survive today.

Ephemeral materials symbolically present a short-lived beauty of youth, purity and devotion. Fresh materials in vivid colours also retain (and conceal) tensions in their own forms. Thus in the early days (or hours) of a display, these perishable ornaments keep their strength within and make a striking impact on their viewers. 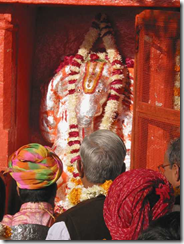 Intense contrasting colours dazzled me everywhere in India. At weddings, and in Hindu temples and festivals, everything and everyone seems to dress in almost iridescent hues. They look astonishingly beautiful and lively. The desire to adorn using the bright colours has been commonplace in many cultures worldwide, but no other culture than India seems to have such an eagerness to open the floodgates of colour.

I made the “Garland” series of anodised aluminium jewellery after an artist-in-residence stay in India. It was my attempt to generate a sort of visual “magnetism” by activating a field using bright contrasting colours. As in depictions of various idols, which are glorified with bright halos around them, the “Whirly Halo” neckpiece is designed to circle around a wearer’s head.

In a small northern town called Bundi, I was one of a few lucky tourists who happened to be there on the day of town’s annual festival. As a guest invited to the ceremony at the start of procession, I was presented with a beautiful garland. When the soft, fragrant string of flowers was placed around my neck by a young girl, I suddenly realised how honoured I felt. It was a gesture of welcome.

Yuri Kawanabe was born in Tokyo and completed a Master of Arts in ‘chokin’ (metalwork) at Tokyo University of Fine Arts. She moved to Australia in 1987, but retains strong ties to Japan and is involved in many exchange projects. Her works have been collected by museums including the National Museum of Modern Art, Tokyo, the Powerhouse Museum, Sydney, and Queensland Art Gallery, Brisbane.

Yuri Kawanabe is a participating artist in the Welcome Signs exhibition.