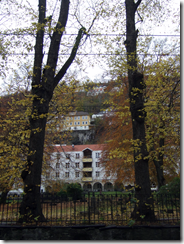 ‘Sustainability’ certainly seems the word of the 21st century. But it is not unprecedented. As the papers in the latest issue of Craft & Design Enquiry show, there are strong connections with the response to industrialisation by the Arts & Crafts Movement in 19th century England. Reviewing this history may provide an important guide to the future.

If you would like to engage in a discussion about this issue, you are welcome to join the discussion at the Table with the Journal of Modern Craft

Here’s a call for an upcoming issue of a new craft journal that I’m involved in. I hope it brings together some new and thoughtful perspectives on the way designing and making engage with the re-valuation of  the planet’s resources.

This issue welcomes academic papers documenting research that contributes to an understanding of sustainability as a context for craft and design. This understanding ranges from the practical to the symbolic.

Specific areas of interest include:

Does the broader ethic of craft, involving local production, symbolic value and social exchange provide an alternative to global consumerism?

How does the material and organic dimension of craft appear from the ‘cloud’ of online communication – as outmoded or higher truth?

Papers are due on 30 June 2010. It is highly recommended that you send an outline to the guest editor by the 30 March 2010. Kevin Murray is Guest Editor for this issue.

Ruth Hadlow gave a very interesting talk about West Timorese textiles at the Victorian Tapestry Workshop last Wednesday night. The images of textiles that she presented were absolutely stunning, with extraordinary melodies of colour, intricate handiwork and animated designs.

Ruth talked about how integral textiles were to life in West Timor. She mentioned that it was practice in the Indonesian civil service every Thursday to wear clothes that were handmade locally.

One significant demand on textiles was funerals, where they are buried with deceased of importance. At first, it seems a tragic waste to bury thousands of textiles at the recent funeral of an aristocrat. But Ruth observed that this was actually quite a boon for weavers, who then had a lack to fill. That’s quite a different reading to the convention of conservation. To destroy is to sustain.

Despite the integral nature of textiles, Ruth said that there were real problems of sustainability. The average age of weavers was increasing as younger women were drawn more to the cities. The attraction of the city is understandable, with opportunities for better health and education. Ruth felt that the solution was to professionalise weaving so that is seen as a legitimate career. But this was difficult with the lack of sales for expensive items.

Here perhaps is a role for Australia. Even though West Timor does not share the East Timor story of liberation at Australian hands, maybe there’s room for partnership in the future.