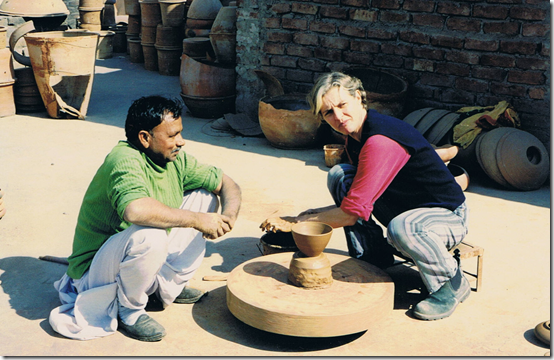 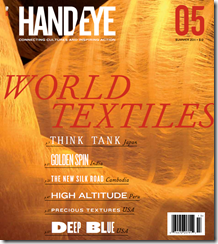 I must say, I am a devoted follower of Hand/Eye. Their blog is an essential part of my reading diet, and I have just finished reading the Summer issue of the print magazine. The stories provide a powerful testament of the passions evoked by traditional craft practices. And the images offer an extraordinary feast of colour and texture. It is able to capture a broad range of craft development projects from across the world, even including countries from the minority world, like the USA.

It is sometimes uneasy reading. The situation with traditional craft is often quite fragile – see the article about what happened to embroidery during the Taliban regime, and how Kandahar Treasures is trying to restore it. Craft practice, like languages and biological species, seem under thread by a homogenising world. If nothing else, Hand/Eye demonstrates the richness that is being lost as we become more urbanised and digitised.

Generally, the magazine advocates for the preservation of craft tradition through product development – ‘design as a tool for development and income generation.’ This does leave many questions to be answered:

These are the kinds of questions that academics often like posing, as a critique of naive liberalism. I have great admiration for those who dedicate their lives to sustain and celebrate distinctive ways in which we make beauty from our world. But to extend the reach of this work, it seems important that we do find a safe place to ask the hard questions. The Sangam Project is one way of attempt to do this. 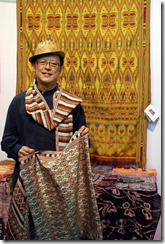 Edric Ong combines the role of artist with designer, architect, curator, consultant and president. He works quite closely with UNESCO, advising on their Seal of Excellence for Crafts Program. He has convened the World Eco-Fiber and Textile (WEFT) forum since 1999. And has specialised particularly in the textile crafts of Malaysia, including Sarawak.

For Welcome Signs, he has designed a series of fibre-based jewellery drawing on the traditional craft of pandanus weaving. These draw on important elements of local material culture, such as wedding ceremonies and personal adornment.

This is a series of fashion accessories I developed as part of collection to introduce the use of more natural fibers such as tree-bark, rattan, and pandanus into my work. It started with using tree bark cloth as appliqué on cottons and silks; then using rattan straps as accessories, and then using the pliable pandanus as bustiers, capes and also as ornaments for necklaces and belts.

The pandanus components are made by two groups of craft artists: the Malay women of Kota Samarahan, Sarawak in East Malaysia; and the Orang Asli women of Carey Island, Selangor in West Malaysia.

I hope that these new designs and use of their traditional crafts will inspire them to create a new product line and so generate more income for them. 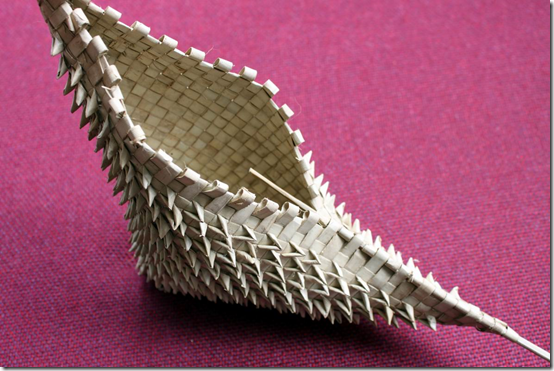 Bell-Roberts Gallery in Cape Town is hosting an exhibition by remarkable South African artist Noria Mabasa. More than 70 years old, Mabasa is one of several ceramicists from the northern province of Venda, bordering on Zimbabwe. For the past thirty years, she has been producing figures and pots with clay sourced from a local river.

Unlike other female artists, Mabasa also carves sculptures out of wood. She produces monumental installations drawing on traditional themes and the status of women. Like many Venda artists, she takes inspiration from personal visions and dreams.

While highly regarded within South Africa, art from Venda has little international profile. It would be wonderful if we could rustle up a touring show of Venda artists. If not, perhaps a residency would do. They are up for it.