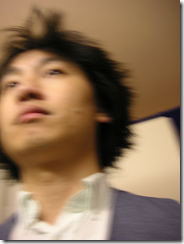 When Sam Tho Duong was 14 years of age his family left Vietnam and settled in Pforzheim, the jewellery capital of Germany, if not the world. Sam was intrigued by the Goldstadt (Gold City) and began to study jewellery at the Technical College for Design of Jewelry & Objects. He took up a goldsmith apprenticeship with Dr.Wellendorff and then completed a diploma of design at University of Design, Pforzheim. Since he started as a freelance designer in 2002, he has shown his work in dozens of exhibitions, including six solo shows throughout Europe. In 2009 he won the prestigious Herbert-Hofmann-Prize for contemporary jewellery.

For Welcome Signs, he has contributed his work In der Ruhe Liegt die Kraft (In Silence lies Power). These include three ‘garlands’ modelled on traditional floral neckwreaths but made of toilet paper. The garlands are constructed by cutting white and yellow toilet paper into strips and rolling each piece in his fingers. These ‘paper pearls’ are then threaded on a steel string for permanence.

For Sam, the work reflects on the importance of the rest room as a sanctuary in our day. As modern people we depend on the regular supply of a material of which we remain silent, toilet paper, which Sam describes as ‘clean, soft and reliable. It deserves more than been flushed down the toilet.’

The contemporary jewellery movement has been largely defined as a challenge to traditional notions of preciousness. They sought to give value to jewellery not in the materials but through the ideas. Plastic could be just as beautiful  as gold, if designed with skill and imagination. This modernist challenge continues in Sam’s work, though he adds a critical edge in using a material that we normally keep out of sight.

So can we imagine a work like Sam’s ever being used as a welcome garland? Usually these garlands are made of material in public use, like flowers, money or confectionary. Can they be made from a material associated with private space? Or does their intrinsic beauty transcend all negative associations? 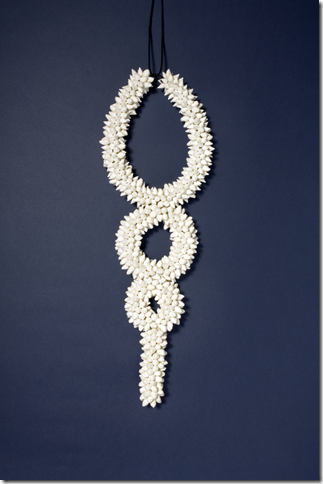 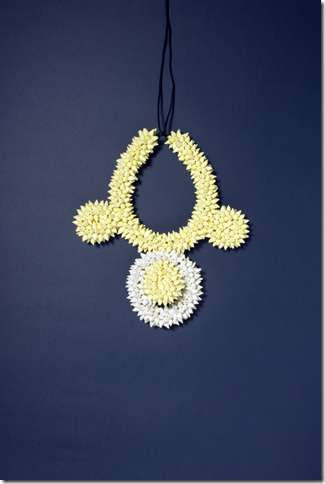 Sam Tho Duong is a participant in the Welcome Signs exhibition