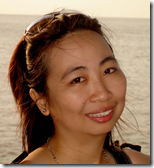 Rr. Grees Manupassa S. Sn. – usually called as ‘Grees’ – was born thirty years ago in middle part of Java, Indonesia. While she graduated from the Indonesian Art Institute in 2004, she has been involved in other art events and exhibitions, such as the Yogyakarta Art Festival (2001), Inacraft (Jakarta 2007 and 2008), Visual Art Exhibition EXPOSIGNS (Yogyakarta, 2009). In 2007, she received the award for the best contemporary work in the Mutumanikam Nusantara Jewellery Exhibition (Jakarta).

Her use of filigree in the work especially made for Welcome Signs demonstrates the capacity of silver to reflect the flowing organic forms of nature. 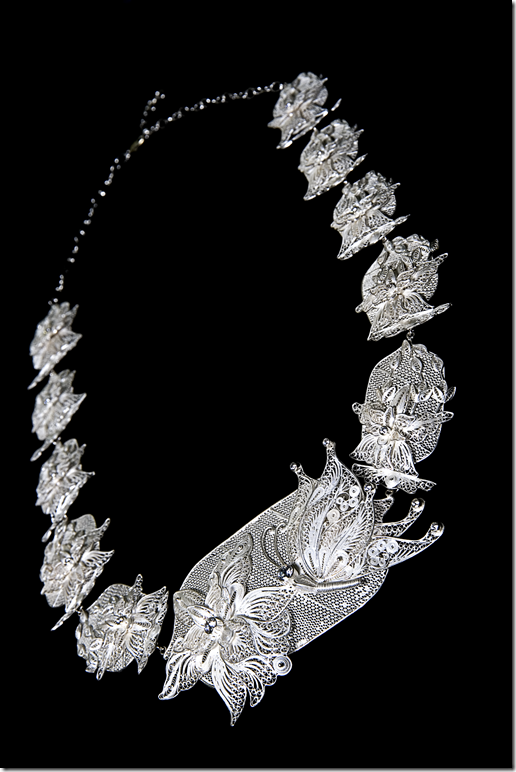 ‘The Mighty Simplicity’ is inspired by the well-known local wisdom of Indonesia with its friendly, pleasant and warm characteristics along with beauty of landscapes, cultures and traditions.

Floral arrangements such as jasmines and orchids are often used as welcome signs apart from being used as ornaments in many traditional rituals. This is why I chose these two flowers for my work; they have rare beauty, exotic look also as the icon of Indonesia’ natural wealth.

Within the whole production process that takes about one month long, I find out my own challenge in dealing with complicated yet exciting details. The traditional filigree technique was combined with some other techniques to bring out strong traditional elements in modern look.

I personally wish ‘The Mighty Simplicity’ could represent the civilization, beauty and warmth of Indonesia which is presented to those who are longing to visit Indonesia.

One thought on “Grees Manupassa–Welcome to Indonesia”