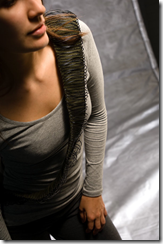 Liz Williamson is one of Australia’s most revered textile artists. The exhibition acknowledging her status as a ‘living treasure’ is currently touring across Australia. As a textile artist, Liz has produced innovate weaves that reflect a particularly Australian aesthetic. She is especially interested in the life of cloth, not just its fresh beauty straight off the loom, but the accumulated dignity that is gained over many years of care and repair. Liz has created an aesthetic around the act of darning.

Williamson’s work is represented in most major public collections in Australia including the National Gallery of Australia, the National Gallery of Victoria and the Powerhouse Museum. In 2008, following more than two decades of dedicated teaching at universities in Melbourne, Canberra and Sydney, Williamson was appointed as Head of the School of Design Studies at the College of Fine Arts, University of New South Wales, Sydney.

For Liz, the principle form of her creative endeavour is the scarf. For Welcome Signs, she has in effect closed the scarf into a loop, creating an object that serves as jewellery, wrapped around the body. 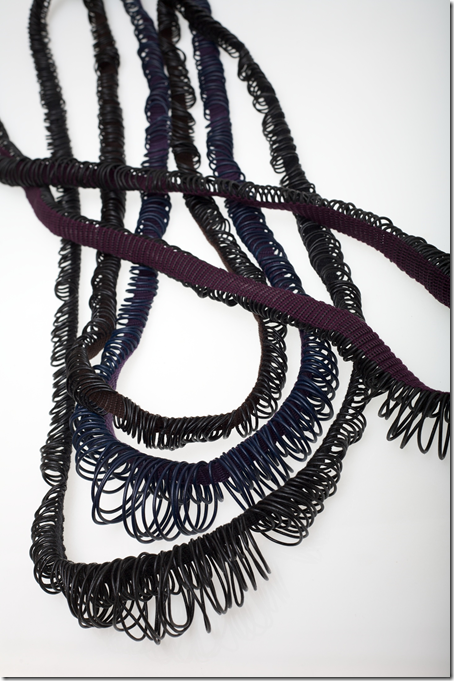 Strands of memory, cloth and the body are interlaced throughout Liz Williamson’s practice as she explores the connections between clothing and the body experimenting with different weave structures while exploring visual and conceptual territory.

Williamson’s recent textiles play on ideas of shelter and memory as notions of containment and bodily protection, ideas presented in woven and draped shaped textiles that evoke connections with enclosing, carrying and storage while creating a place for hiding, seclusion and security.

Her Loop series are neckpieces, a hybrid between a wrap and jewellery. They play on ideas of shelter and memory on a number of levels, as their circular shapes draping the body with the contained shape inviting enquiry, a desire to know what is contained within.