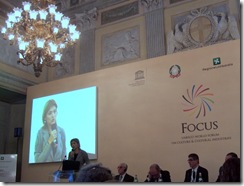 One thought on “A cultural future, made in Italy”