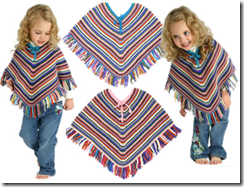 The Tradition for Modern Times was an intense workshop to complete the Selling Yarns conference. Participants brought a range of skills and experiences, particularly from Indigenous and artisan craft centres. In first considering the kinds of objects that have value in life, there was a great emphasis on some knowledge or connection to those who make them.

The scenario proved very lively. An Australian Indigenous Design Company was attempting to develop a ‘world craft’ product with traditional Aymara weavers based in the Andes. This was to be sold through a local gift shop to an Australian family. It all began well when a poncho design was developed that featured a hood which appeared very fashionable. But when this failed to sell in the shop, the artisans realised that they had forgotten to ensure payment. Trust broke down between artisans and designers and a stand-off ensued. In the end, it was the consumers who managed to regain trust by developing a ‘sister school’ relationship with the Andean village. This then paved the way for a cultural exchange between the designers and artisans. On the basis of this restored confidence, they were able to develop a more fitted product that was eventually successful.

The workshop revealed many dimensions to the business of cross-cultural product development. In particular, it showed that consumer participation can often be very productive in strengthening these cultural ties.

This exploration has many more possibilities to explore, but these exercises seem wonderful opportunities to share expertise and forge new methodologies. We are certainly entering a phase of ‘world craft’ when new possibilities are critical for its future.